OUR STORY
OUR LEADERS
OUR MISSION
OUR BELIEFS

The miracle of King's Chapel Lebanon began when Dr. James Marocco listened to the call of God in 1980 and became Pastor of a small church in Maui, Hawaii.

In 1986, a young couple, newly out of bible college, were asked to join Dr. Marocco's team. Pastor Reynolds served with Youth, Music, Children, Bus and many other ministries including 10 years as the administrator of KC.  His tenure overseeing the Ministries office of KC produced scores of leaders, utilizing their gifts for the glory of God.

For 20 years, now Pastors Brian & Kelley Reynolds served in various ministries until in 2011, God called them home or Oregon. January 1, 2012, King's Chapel Lebanon began ministry and the rest is history. 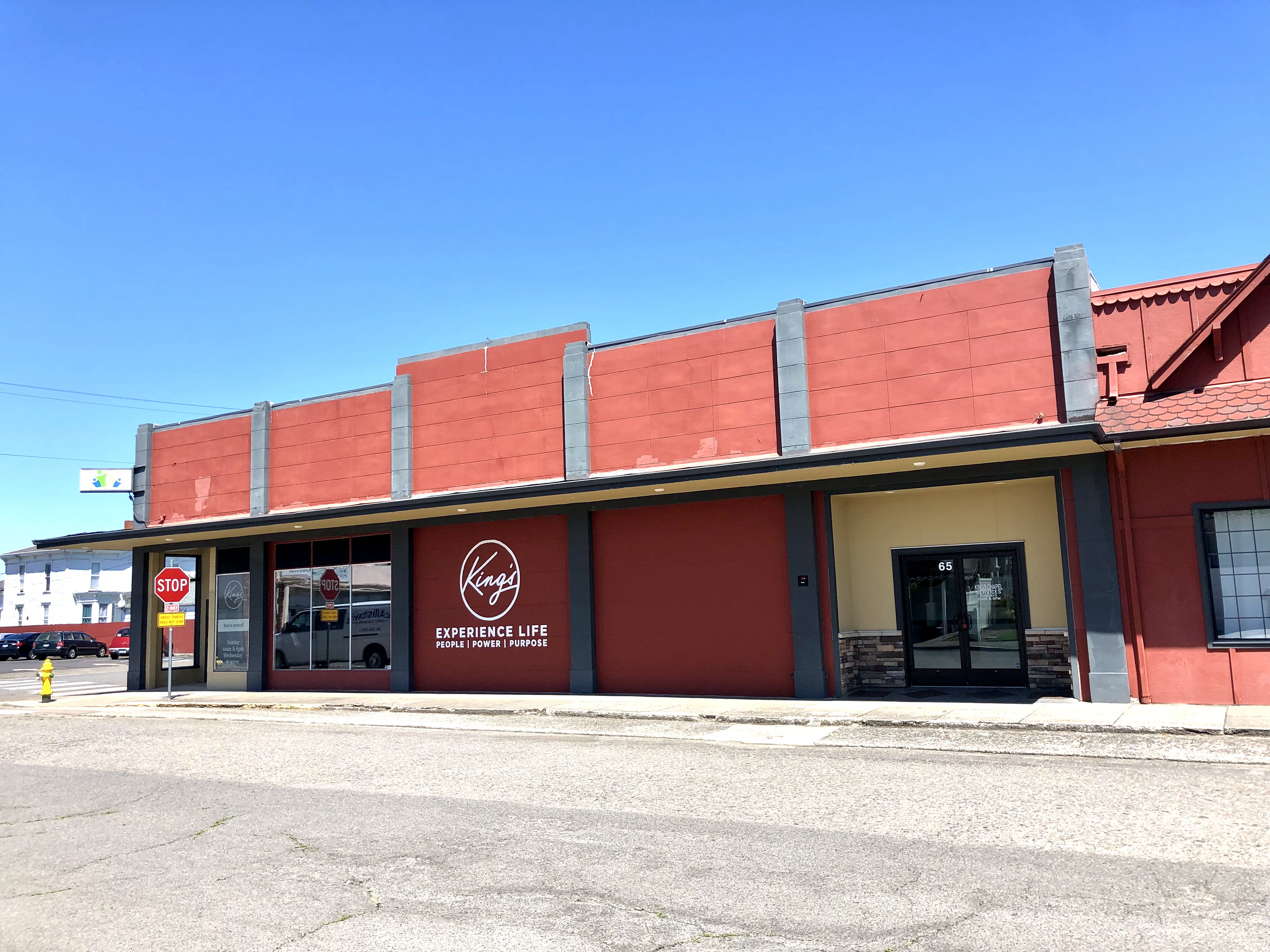 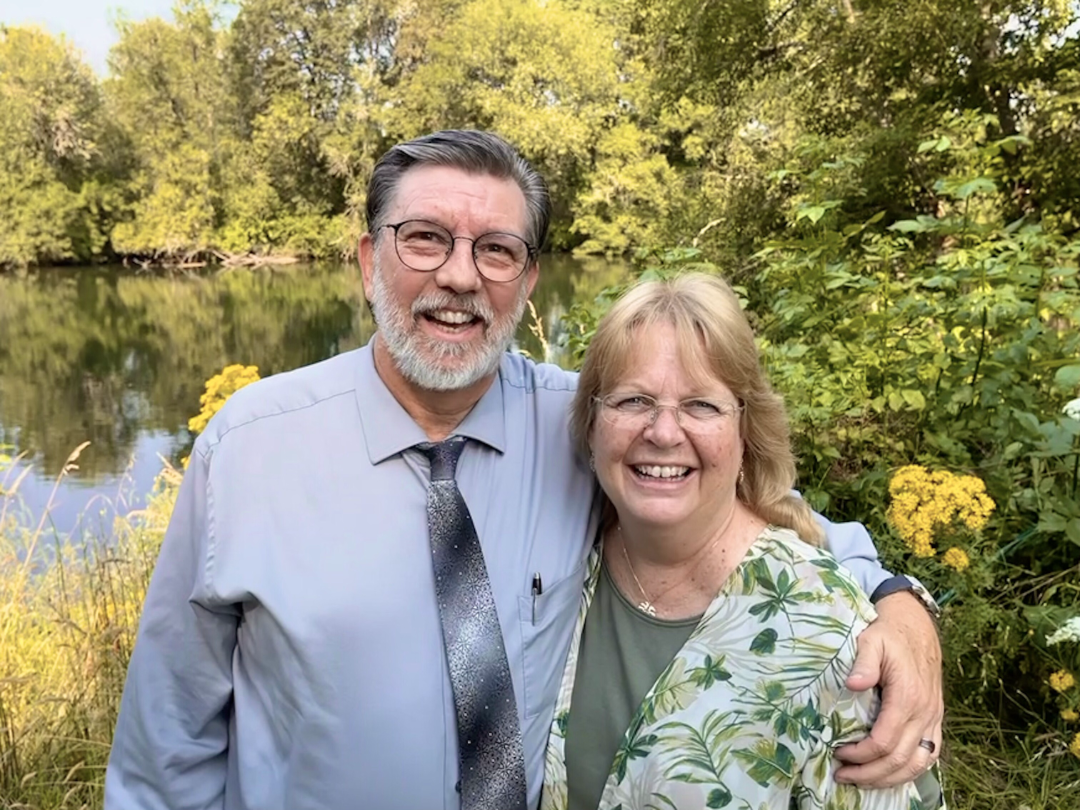 Pastor Reynolds is a graduate of Christ for the Nations, Institute in Dallas Texas.   He was honored with the year 2000 “Excellence in Ministry” award  from the International Network of Children’s Ministry.

Husband of one wife, Pastor Kelley Reynolds, and father of four, Pastor Reynolds has served as an officer and director on a number of ministry boards including King’s Cathedral and Chapels, Kaahumanu Hou Christian School, President founder and CEO of Pacific Kids Ministries, Inc. and site pastor for KC Oahu.

Pastor Kelley Reynolds has had a powerful impact on the families that are part of our church.  Her personal touch and desire to invest in the lives of our people is profound.  She has been extremely effective in ministering to our ladies, seeing them released into their God given Ministries.  Her effectiveness in ministering to children is unparalleled.

Our mission statement is inspired by John 10:10,

​As a church,  our mission and hope is that we would corporately and individually experience abundant life by, 1) Being connected to God and His people, 2) Demonstrating and functioning in His power, as we as 3) Pursuing and fulfilling His purpose for His church and our individual lives.

Our mission encompasses our core values and serves as a guide in every effort we pursue as a church.

We are a church that loves God's PEOPLE by being personal, encouraging and equipping.

We are a church that demonstrates God's POWER through prayer, worship and being Spirit-filled.

We are a church that fulfills God's PURPOSE by serving, impacting and multiplying.

“Enlarge the place of your tent, stretch your tent curtains wide, do not hold back;

This Statement of Fundamental Truths contains the 15 doctrines of King's Chapel. These are non-negotiable tenets of faith to which all King's Cathedral and Chapel churches adhere. Salvation, the Baptism in the Holy Spirit, Divine Healing, and the Second Coming of Christ are essential doctrines to the church's core mission of reaching the world for Christ. We believe the words of 2 Timothy 3:16-17, "All scripture is given by inspiration of God and is profitable for doctrine, for reproof, for correction, for instruction in righteousness: That the man of God may be perfect, thoroughly furnished unto all good works." This Statement of Fundamental Truths is intended simply as a basis of fellowship among us (i.e., that we all speak the same thing, 1 Corinthians 1:10; Acts 2:42). This Statement of Faith does not cover all Biblical truth, only these fundamental doctrines.

The Scriptures, Old and New Testaments, are verbally inspired of God and are the revelation of God to man, the infallible, authoritative rule of faith and conduct.

THE ONE TRUE GOD

The one true God has revealed Himself as the eternally self-existent “I AM,” the Creator of heaven and earth and the Redeemer of mankind. He has further revealed Himself as embodying the principles of relationship and association as Father, Son, and Holy Ghost.

THE DEITY OF THE LORD JESUS CHRIST

THE FALL OF MAN

Man was created good and upright; for God said, “Let Us make man in Our image, after Our likeness.” However, man, by voluntary transgression, fell and thereby ensured not only physical death, but also spiritual death, which is separation from God.

THE SALVATION OF MAN

Man’s only hope of redemption is through the shed blood of Jesus Christ the Son of God.

THE ORDINANCES OF THE CHURCH

THE BAPTISM IN THE HOLY SPIRIT

All believers are entitled to and should ardently accept and earnestly seek the promise of the Father, the baptism in the Holy Ghost and fire, according to the command of our Lord Jesus Christ. This was the normal experience of all in the early Christian Church. With it comes the endowment of power for life and service, the bestowing of the gifts and their uses in the work of the ministry.

This experience is distinct from and subsequent to the experience of the new birth. With the baptism in the Holy Ghost come such experiences as an overflowing fullness of the Spirit, a deepened reverence for God, and intensified consecration to God and dedication to His work, and a more active love for Christ, for His Word and for the lost.

THE EVIDENCE OF THE BAPTISM IN THE HOLY SPIRIT

The baptism of believers in the Holy Spirit is witnessed by the initial physical sign of speaking with other tongues as the Spirit of God gives them utterance (Acts 2:4). The speaking in tongues in this instance is the same in essence as the gift of tongues (1 Corinthians 12:4-10, 28), but different in purpose and use.

Sanctification is an act of separation from that which is evil, and of dedication unto God.

The Scriptures teach a life of “holiness without which no man shall see the Lord.” (Hebrews 12:14) By the power of the Holy Ghost we are able to obey the command: “Be ye holy, for I am holy.”

Sanctification is realized in the believer by recognizing his identification with Christ in His death and resurrection, and by faith reckoning daily upon the fact of that union, and by offering every faculty continually to be under the dominion of the Holy Spirit.

One aspect of holiness is not doing what is evil.

Another aspect of holiness is seeing all human life as sacred and created by God in His image. The ramification of this truth is lived out in the following ways at King’s Cathedral and Chapels.

The Church is the Body of Christ, the habitation of God through the Spirit, with divine appointments for the fulfillment of her great commission. Each believer, born of the Spirit, is an integral part of “the general assembly and Church of the firstborn, which are written in heaven.”

A divinely called and scriptural ordained ministry has been provided by our Lord for a two-fold purpose:

Divine healing is an integral part of the Gospel. Deliverance from sickness is provided for in the atonement and is the privilege of all believers.

The resurrection of those who have fallen asleep in Christ and their translation together with those who are alive and remain unto the coming of the Lord is the imminent and blessed hope of the Church.

THE MILLENNIAL REIGN OF CHRIST

The “second coming” of Christ includes the rapture of the saints to reign on the earth for one thousand years.

This millennial reign will:

There will be a final judgment in which the wicked dead will be raised and judged according to their works. Whosoever is not found written in the Book of Life, together with the devil and his angels, the beast and the false prophet, will be consigned to everlasting punishment in the lake which burns with fire and brimstone, which is the second death.

THE NEW HEAVEN AND THE NEW EARTH

We, according to His promise, look for a new heaven and a new earth, wherein dwelleth righteousness.